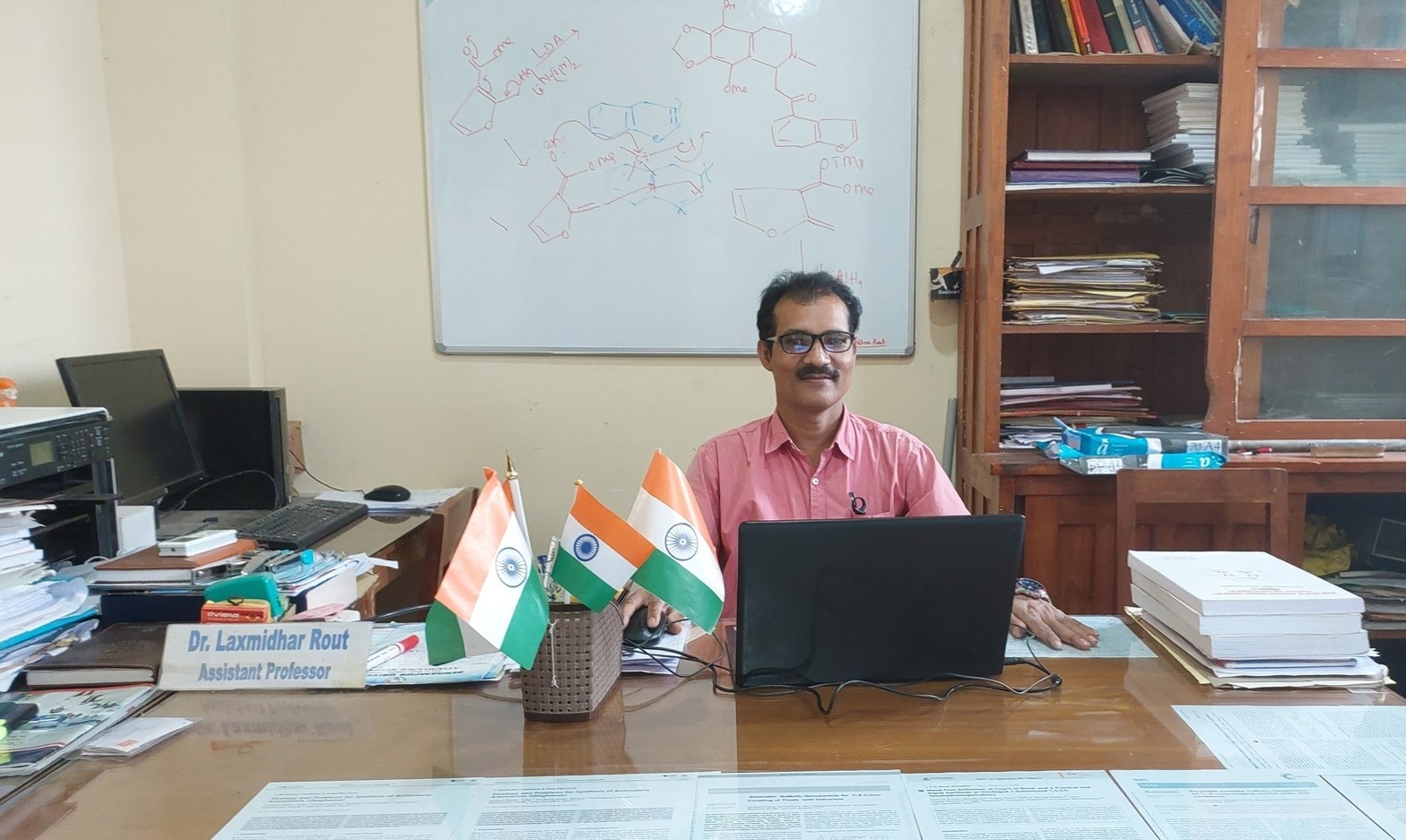 Dr. Laxmidhar Rout was born in small village Kismat Krushnapur, Basudevpur, Bhadrak of Odisha, India in 1976. He completed the matriculation examination in 1992 from KKGP High School Chandimal. Later  he completed intermediate of Science in 1994.  He graduated in 1997 from A. B. College Basudevpur, Bhadrak with chemistry honours. Subsequently, he completed Bachler in Education in science from CTE Balesore, Odisha. Dr Rout completed M. Sc. In Organic Chemistry from Utkal University in 2003 and worked in the laboratory of Prof. Satyaban Jena from Jul 2003 to July 2004. The he joined as project assistant in asymmetric synthesis with Prof. Tharmalingam Punniyamurthy in IIT Guwahati from August 2004 to December 2005. Further he joined as PhD student with Punniyamurthy in 2008 in the field of  synthetic organic chemist. He worked as a postdoctoral associate with Prof. A. M. Harned in University of Minnesota, USA and tackling the problem of total synthesis based on new methodology during rom Apri 2008 to May 2010.  Later he moved to Prof. C-G. Zhao group of University of Texas San Antonio USA and worked with asymmetric organocatalysis. Subsequently, Dr Rout received  Alexander Humboldt (AvH) fellowship in Germany in 2011–2013 with Prof. S. M. Huber in Technical University Munich  and was working in halogen bond in organic synthesis. Subsequently he moved to medicinal and drug discovery group at  Institute of Curie Paris with Dr. E. Bertounesque   and Dr. Ludger Johaane with prestigious FPGG Fellowship France. Since 2014, he has been working as an UGC-Assistant Professor in Berhampur University Odisha, India and working as Adjunct faculty at IISER Berhampur Odisha.  His research interest is organic synthesis, drug discovery and methodology based total synthesis.